google8478ddac4578c1ff.html
This article helped me a-lot as to why, one twin is more awaken than the other. You can read more articles from   Makalesi Rodan.  @   Sirisking.com 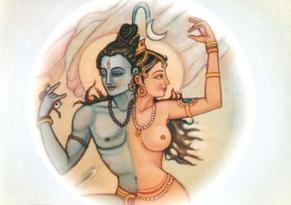 The Blue Print of Twin Flames and Alchemy

I have written many articles and produced many videos for Sirisking.com but one of my more popular articles was about twin flames and their connections. Initially, I was writing this article from my personal experience, so my future children can have a better understanding of the special connection. But because that article was one of my most popular writings, I have decided to write an additional 'in depth' article about the twin flame connection in hopes that everyone will have a better understanding. I have taken my and others twin flames experience and have decided to write from OUR observation:

Upon reconnecting, both twins will naturally feel an intense energy pull towards each other although their life circumstances may not be beneficial to their union. This is a natural process, however, because the twin connection is set up to go through many cross roads and healing processes to validate their passion is strong enough to withstand any future conflicts that may cross their paths. Once their passion for each other is validated and both egos are healed, the spiritual 'marriage' can begin. This is where the energy connecting their central nervous system and five major organs (heart, spleen, lungs, liver, and kidneys) will be linked up. Once the central nervous system and organs are linked up, specific spiritual abilities will manifest, such as sensing each others thoughts telepathically and each others kundalini naturally. Upon the completion of the spiritual marriage via their central nervous system and five organs, the spiritual awakening can begin.

Contrary to what most people may think, the matrix twin will generally be more powerful than the spiritual twin. This is due to their natural gift of shifting/evolving connected to their ability to be natural alchemist. Natural alchemists evolve at a much faster rate than the average person due to their ability to absorb energy into their DNA while shifting their whole aura and consciousness. This will allow the matrix to 'catch up' to their spiritual twin's psychic abilities while absorbing spiritual wisdom faster than the average person. Meanwhile, the spiritual twin will feel more grounded in the matrix realm by accessing the matrix's twin's physical connection. This grounding effect, will allow the spiritual twin, to feel more connected of the matrix and society as a whole. Meanwhile, both twins' natural psychic gifts that were originally dormatted will be accessed. Their DNA will reactivate and their spiritual gifts and their powers will be then granted. Both twins will have their own sets of psychic abilities that can be used alone and/or used together which will enhance both abilities. For an example, let's say one twin may have the possibility to see all futures, while the other twin only foresees ending possibilities. Obviously, both gifts are special separately; however, when both twins work together, they can access all possibilities while seeing the most plausible future at once. This mechanism was designed by the cosmos to guarantee both twins will work together and should not be separated by people who were not granted this power. Therefore, it is apparent that twins were designed for a spiritual mission and incarnated to work and be together with a purpose.

I have heard some spiritual channellers stating that twins flames are not intended to do 'spiritual work'. Some say you can be an average person working in a flower shop while living a regular life. My advice to anyone who is contemplating seeing a spiritual counselor, who would state such a thing, is to ask yourself this question: 'why would I need to see a spiritual counselor, if the twin connection is not designed for a spiritual mission?' 'Is it possible that the channeller is abusing their power to gain money from my ignorance of the union?' Contrary to these channellers/advisors advice, I disagree. Twins have incarnated for a special reason and that's to help others as spiritual teachers, healers, and advisors. Why else would twin incarnate?

Thanks for reading and I hope I shed some light on this topic.